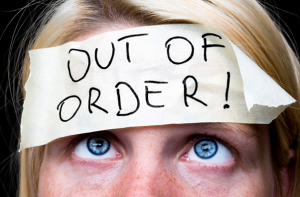 I’ve not a genuine clue when it comes to politics. I’d like to know a little more about the subject to be honest. To know at least enough to make an informed decision on who to vote for. I’m not one to shy away from a little reading and opinon posting, so topping up the old knowledge fountain can’t be a bad thing. Just means I’ve been doing a little research before the upcoming general election, and to be blatantly honest it is giving me a headache.

Issue number one: My research began on the major party websites (Lib Dem, Conservative, Labour), which are about as clear as their bloody policies. Trying to get on Labour’s website was utterly ridiculous as it is programmed to ask you questions at every opportunity and lure you in to eventually give up your email address (on this account, the Lib Dems are guilty of the same crime) so they can spam out your inbox with trash. No thanks.

Issue number two: Once into said websites, it is a complete and utter ballache to see the damn policies. And let’s face it, this is what we are supposed to be basing our votes on!! The worst bit here is that I can’t easily see a way to get to the Lib Dem’s policies. Their front page invites me to join the cause, donate my hard earned dosh or view how they are slagging off the other parties. This straight away pushes Lib Dem out for me. Why the hell would any one give up their time or money for a party whose policies aren’t readily available? Blind voting? I don’t think so.

Issue number three: From the points I did find for each political party, I believe they are poorly laid out, poorly summarised and all the pot/kettle freaking same. The Lib Dems assume that all voters using the website are idiots with their picture icons and the ‘couple of words will sum it up’ approach. Labour have taken up on the same wave length, although their summaries do contain a larger word count. Slightly. And more amusingly, under the heading of ‘Sustainable Social Security’ there is a lovely picture of Miliband telling some poor young lad how much politicians lie “ooohh, it’s only this much”. Conservatives have played it pretty safe with their choice here. Simple text, not too condescending and an ‘easy on the eye’ layout. Although, their sly attempt to get your email address is rather unappreciated in my opinion.

I could continue, but the whole process is actually annoying me. I only wanted to know my options. They all offer the same things but worded slightly different to each other. They all spend far too much time slagging each other off. Well, I’m sorry boys, as much as we all enjoy a good old bitchin’ sesh you lot are supposed to be running the freaking country!! Get a grip.

For tonight I most definitely have had enough of the research. It certainly is not a Friday night enjoyment. I’ll try again another day and enjoy a cool fruit cider this evening instead. How is it possible to decide who they’re going to vote for according to the official websites? Should we trust what comes out of their conceited mouths? I refuse not to vote as I genuinely want my say. More research to be done I think. Not that a single vote will ever count either way. Although I am pretty damn sure that I am not the only who thinks like this.