This morning was a boost. Those who know man and I, know our daughters namesake is the song ‘hey there Delilah’ by The Plain White T’s. I always hash tag #heytheredelilah on photos of her and today ThePlain White T’s commented and followed me on insta!! I’m so freaking happy. So much love 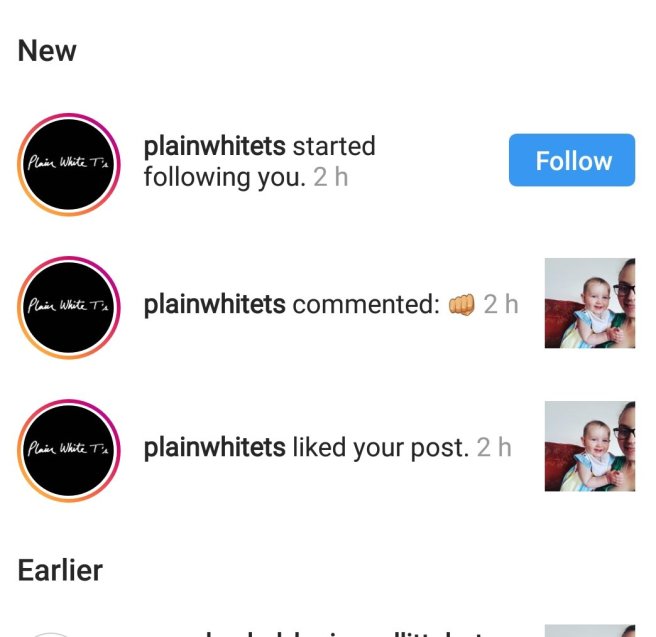 I managed to get in all my questions and queries asked. It did help that the lady I met with was a true pro. A woman after my own heart. Organised, taking notes, friendly, listened and spoke (it’s normally one or the other). She was lovely. It was a pleasure to meet with someone so professional. I even managed to get into my work trousers (pre-preggers trousers) for my meeting. I felt great.

Man took an impromptu couple of days off, which worked out great too as he could take care of Dela when I was at my meeting. Dela had a few hours with daddy, visiting her great grandparents on his side of the family.

It’s the first time man has been alone with baby sincd September last year, and she was about 6 weeks old when that happened and as you can imagine she has developed since. So now 9 months (ish) old and first daddy daughter day. I packed her snacks and milk, knowing they’d be out over snack time and most likely over lunch because there is no regard for time and daddy is on his own watch (and only his watch).

I could lie and tell you I wasn’t nervous, but the fact of the matter was I was shitting bricks. Not because Dela would be alone with daddy, but because great grandparents like to feed great grandchildren shit, because they can be very ‘in face’ (I know because my grandparents are very much like this), because I have no control over what happens when my daughter is not in my care.

Relinquishing control is hard. I am a self confessed control freak. Despite my laid back appearance (and approach with certain things) I am 100% in control. I don’t like to rely on anyone else, and if I want something done I would rather do it myself than ask someone else. This could be seen as independence, which is something I’ve always been proud of and I suppose in a way I’m proud to be a control freak too.

I’m going to work on taking away any negative connotations of the term ‘control freak’ in my mind. That’s my goal for the rest of this week.

Being in control is nothing to frown at especially when we’re talking about your own children, your own life and the situations that you can control. I’m not (I can already hear your cogs turning) saying for one second you can control everything, but for the things you can – I say, steer away!

After my meeting, I hot tailed it home to take the dog on a walk. He walked amazingly well for a change, and so did I. I found myself strutting. Dela enjoyed her morning with daddy. She didn’t starve, she wasn’t fed anything sugary and she was okay and full of big smiles when she came home for me.

Made a super healthy version of beef nachos using a wholemeal tortilla baked as my nacho chips. So good. Squeezed in making some healthy snacks, no bake peanut butter bars and oat and date energy balls. HEALTHY! Dela loves the energy balls too and they are literally 3 ingredients and too easy not to make.

It was a good day. In fact I would go as far as to say it was an awesome day.